Remiendo Teatro was founded in Granada (Spain) in 2000. Its founder members were Gracia Morales (playwright and actress), Fernando Martínez Vidal (lighting designer and technician) and Carlos Gil Company (producer and actor). Its performance project is based on combining classical theatre notions (the value of the word, the weight of interpretation) with contemporary and innovative aesthetics (use of new technologies, redefinition of time and space, and so on). It is essentially geared to the audience, to whom it intends to deliver the compromise with a theatre of quality, research, that is dynamic, lucid and at the same time, reflexive and critical of current society.

They have produced ten shows and hundreds of performances (including a tour of Argentina), a transmedia project (web series, drama performance and film script) and a theatre programme for secondary schools. At the same time, in 2004 it inaugurated the Escuela de Teatro y Doblaje Remiendo school, a performing arts and audio-visual training and creation centre that offers high quality broad, varied training (performance for theatre and cinema, dubbing, magic, puppet theatre, clowning, dance, dramatic writing, etc.), given by working professionals with considerable teaching experience.

This centre, which has an annual intake of about 500 students, also offers a meeting and creation venue for people sharing the same concerns, a critical mind that creates social commitment and shared, honest and thorough work in art as a means of compromising. 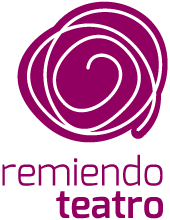